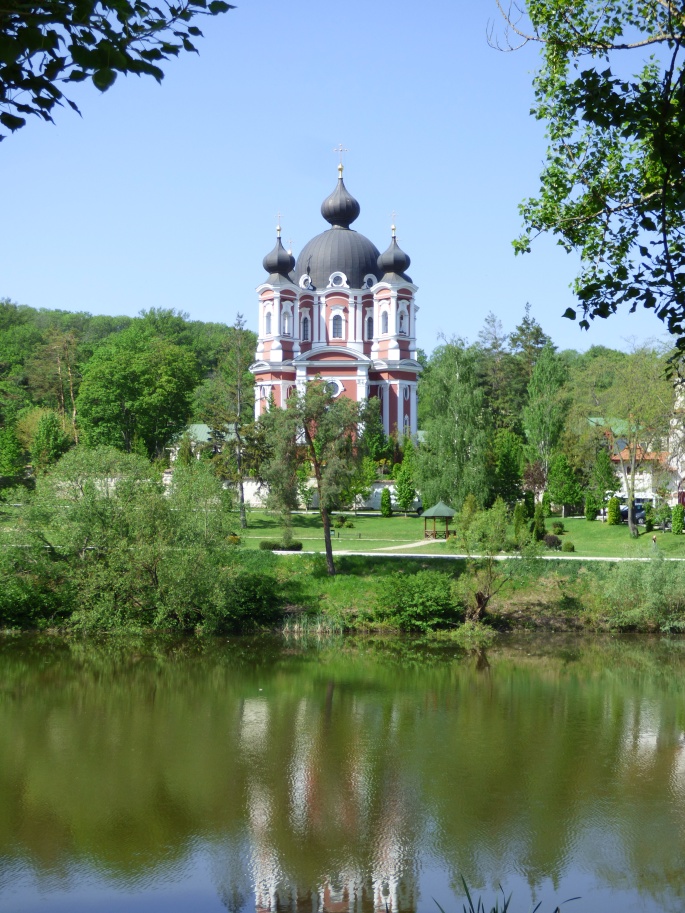 On Sunday morning, we headed towards Orhei Vechi, which is probably the most popular tourist destination in Moldova.  We had hired a guide, and both of us were really happy to ride in a comfortable, air-conditioned car instead of a rutiera! On our way, we stopped at Curchi Monastery.  The monastery was built in the 1700s, though the current churches were built in the late 1800s.  When we arrived in the parking lot, we got out and got our first glimpse of the church, which is situated above a pond. 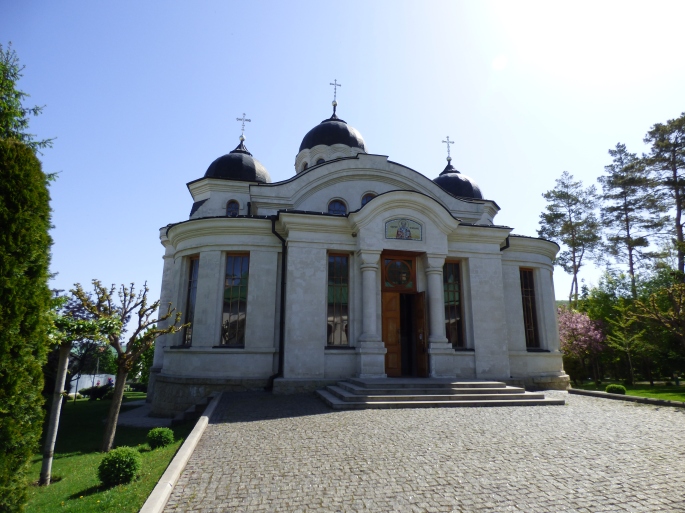 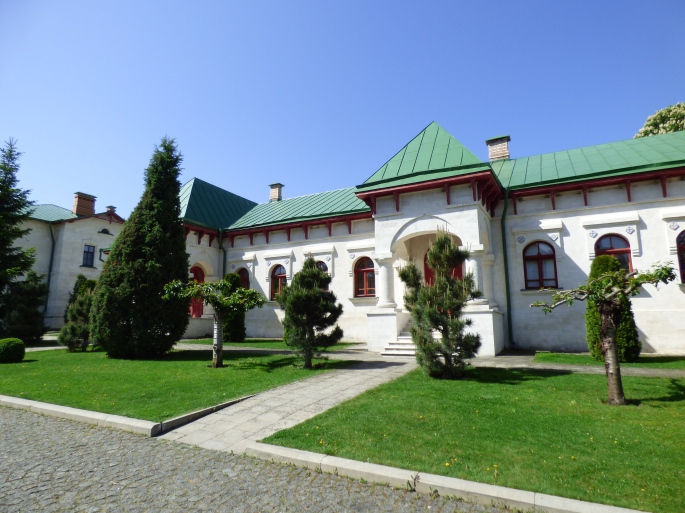 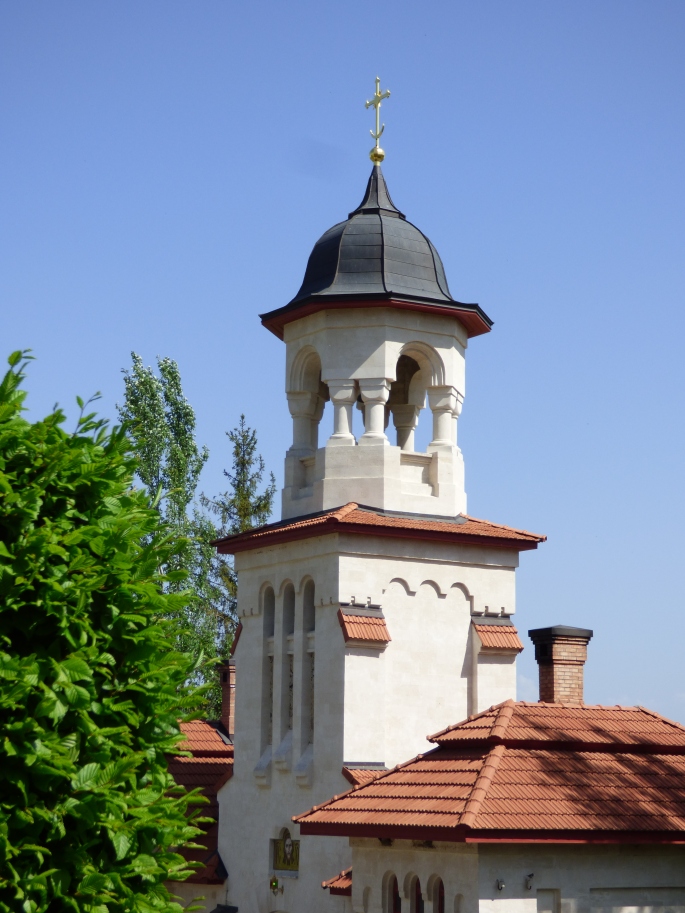 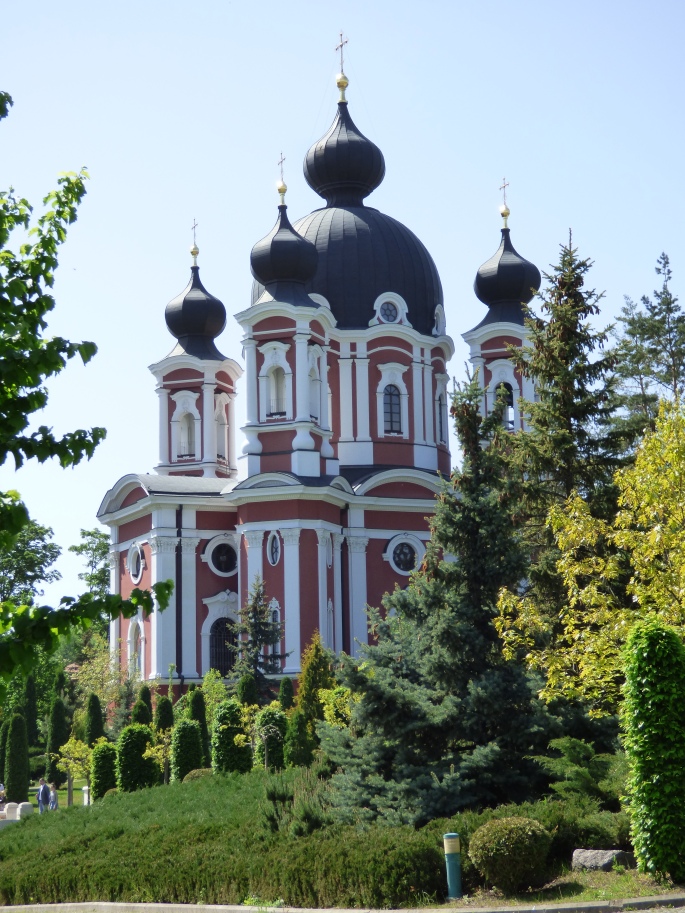 We walked around the grounds, and even caught part of a church service.  Pictures aren’t allowed inside the churches, but they had been beautifully restored.  In comparison to other churches and monasteries I’ve visited here in Moldova, these were decorated in richer colors.  The entire inside was covered with large murals.  The monastery had been used during Soviet times to store grain, and renovations were completed in 2006.

One thought on “A Mini Vacation: Curchi Monastery”