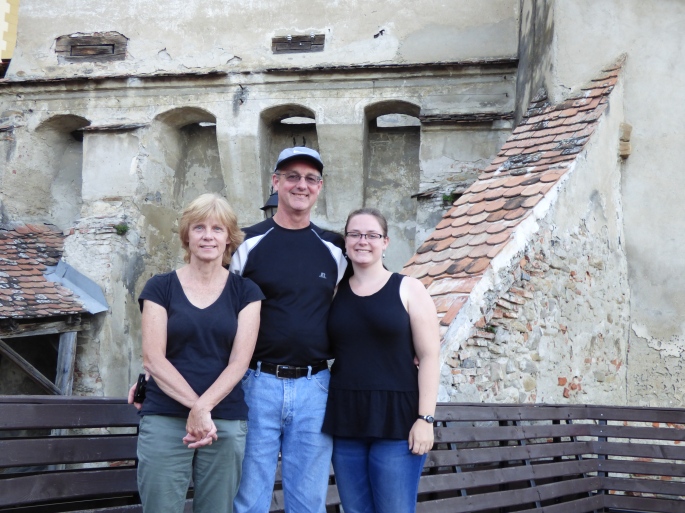 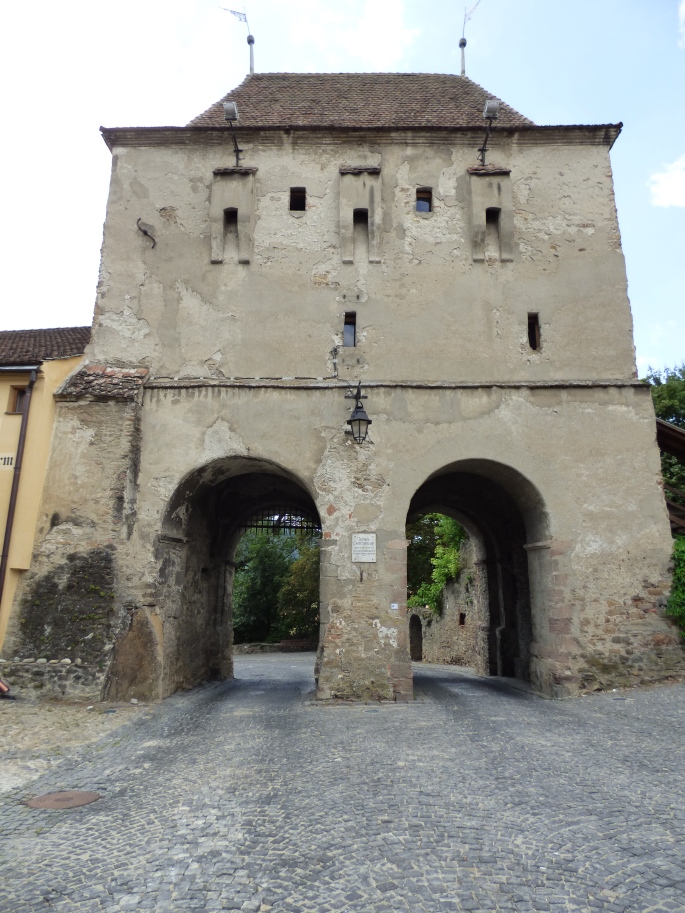 We arrived in Sighişoara, a medieval walled town, in the early afternoon.  There is no parking within the walled town, so we parked down below the back gate entrance and walked up the hill to check out the town before our 2:00 check in.  This city is older and smaller than Braşov.  Parts of it date to the 12th century, though much was built in the 14th and 15th centuries.  It is now a UNESCO heritage site and considered one of the best preserved medieval towns in Europe. 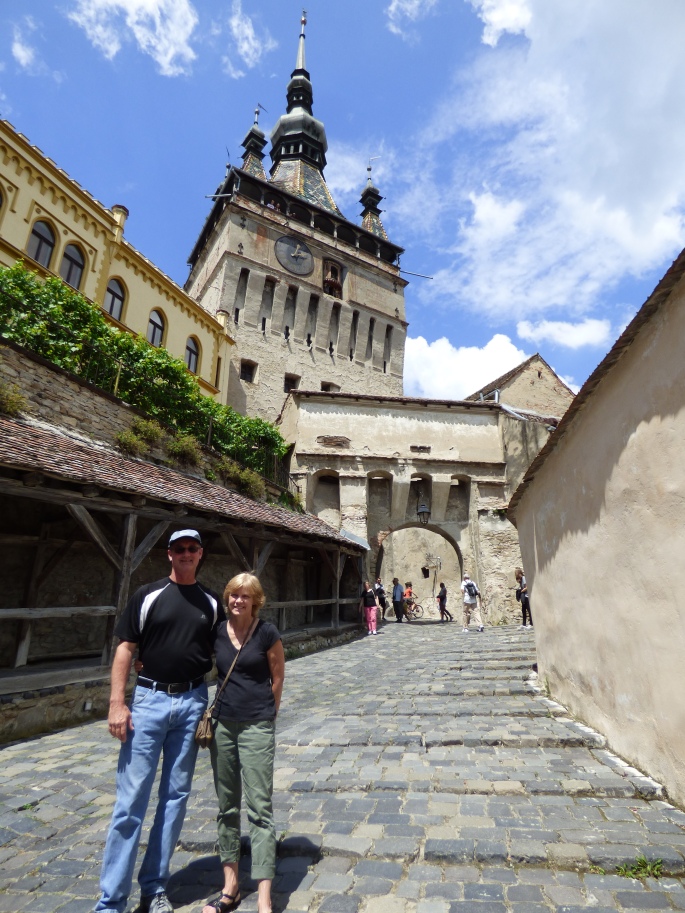 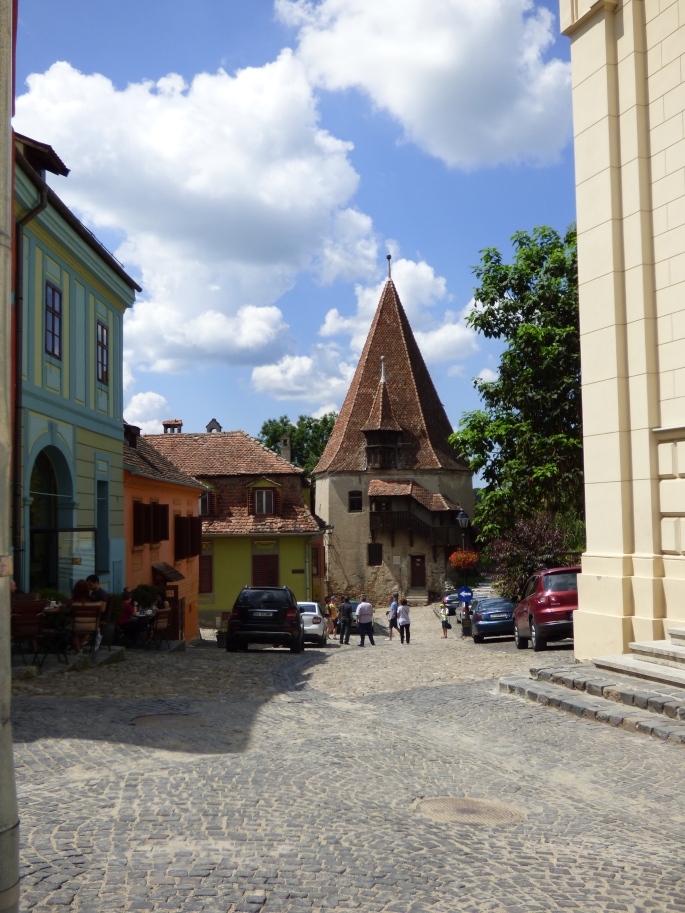 We ate lunch at the Cafe International and then checked into our room at Casa Wagner.  After, we headed towards the Clock Tower, the top attraction in the town, but decided to wait to enter as there were several large school groups going in.  We wandered around the entire perimeter of the town, checking out the various towers (only a couple are open to the public) and many-centuries-old houses and buildings. 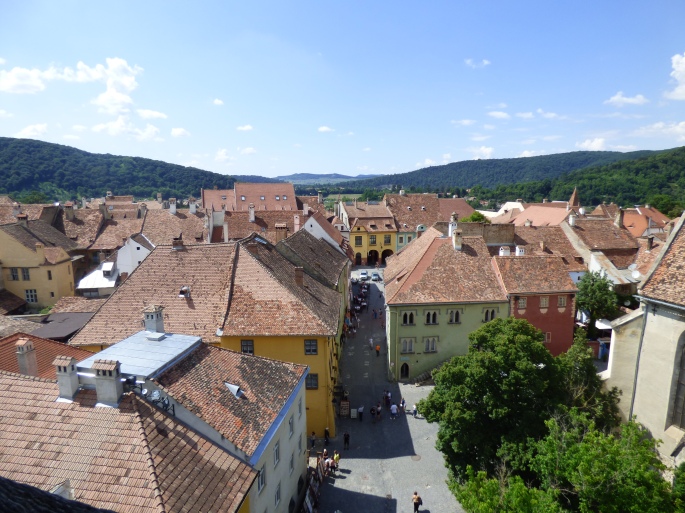 Once we had thoroughly explored the perimeter, we returned to the Clock Tower, where we paid to enter the town and climb up to the upper balcony.  On the way up, on each floor, there is a museum about the history of the citadel.  The balcony has good views of both the walled citadel and the surrounding city, as well as small plaques indicating in which direction and how far away various cities are.  My mom, who isn’t a fan of heights, didn’t particularly like the balcony views, but I thought they were pretty cool. 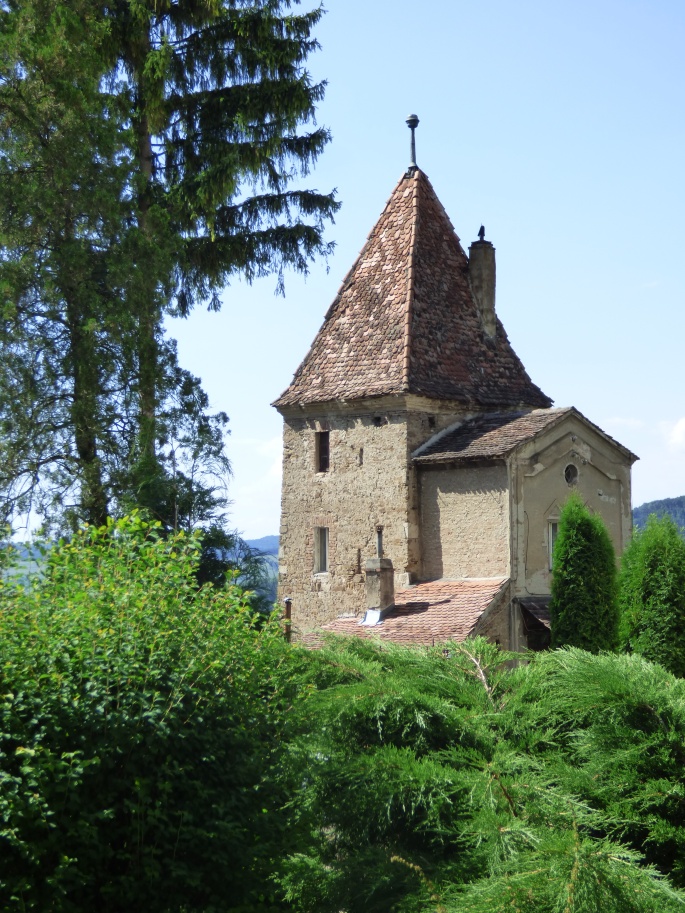 After we visited the Clock Tower, my dad went to the Torture Museum while my mom and I sat on the church steps near the tower.  We then wandered around the town a bit more before climbing the Scara Scolarilor (Scholar’s Stairs), which are 176 covered steps, built in 1642, that lead to the Church on the Hill.

We spent a bit of time relaxing in our room before heading out for dinner.  We ate at Hotel Sighişoara Restaurant, then spent some time sitting in the Piata Cetatii (Citadel Square) taking in our surroundings.

Where we stayed: Casa Wagner (Booking.com)

Notes and tips about visiting Sighişoara:

2 thoughts on “Travel in Romania: Sighişoara”

Join 263 other followers
Follow The Oke Den on WordPress.com