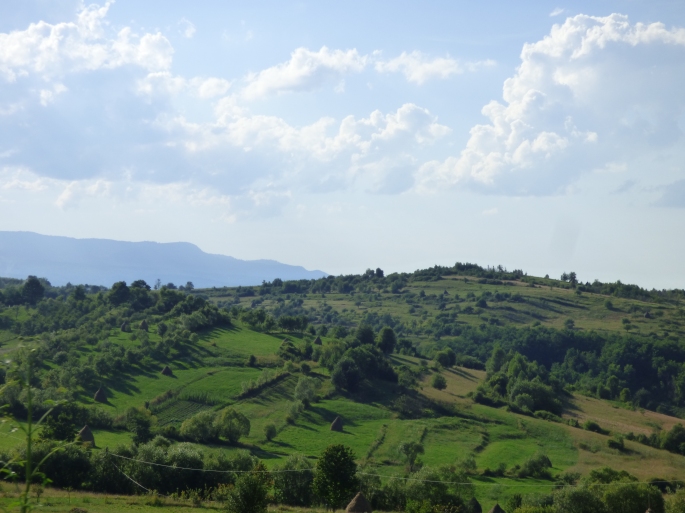 After spending our afternoon visiting some of the wooden churches, we headed to Breb, a small town further north.  Here, we had booked a home stay at a small farm.  The room was simple but clean and pretty, and the location was quiet and peaceful.  I loved that the little “cabin” we stayed in had bright blue and green accents!

When we arrived, the older woman that runs the place with her husband was very happy to learn that I spoke Romanian, as neither of them speak English.  She welcomed us and showed us to the cabin, telling us along the way about the other visitors also staying in the cabin (we had a room with two beds and bathroom to ourselves): an Italian family currently living in France and a Romanian couple.

Once we settled into our room we went outside to meet the other guests.  We were happy to discover that everyone spoke English, allowing us all to communicate despite otherwise speaking other languages (there were 4 languages spoken between us: French, Italian, English, and Romanian).  We spoke about where we were from and our families for a bit.  The Italian family had two kids- a boy around 9 and a girl around 5.  The boy understood English very well but was shy about speaking with us.

After talking for a short while, we were invited to dinner, which was served outside.  Dinner was absolutely delicious!  First there was ciorba, a traditional Romanian soup, which had meatballs in it, and bread.  Then there was mamaliga (a cornmeal dish similar to polenta).  After that there were sausages.  And finally there was a dessert, which I sadly don’t remember as I was so stuffed by that point.  Throughout the meal, there were also several toasts over horinca, a homemade vodka.  Our hosts offered us three different kinds of horinca: apple, plum, and blueberry. 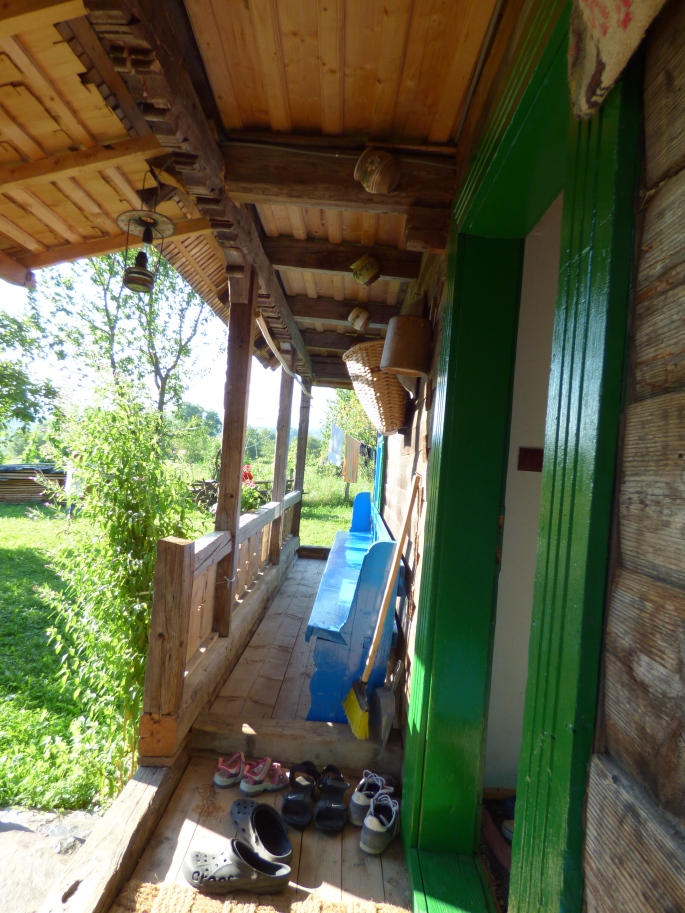 Over dinner and for a while after, we spoke with the other guests about a wide range of topics, including politics, families, living and visiting various countries, the school systems in various countries, etc.  At the table, there was a dentist, a medical student, a film photographer, a linguist, two kids, a teacher (my mom), a realtor (my dad), and a TEFL teacher (me).  It was a fun night getting to know other people. 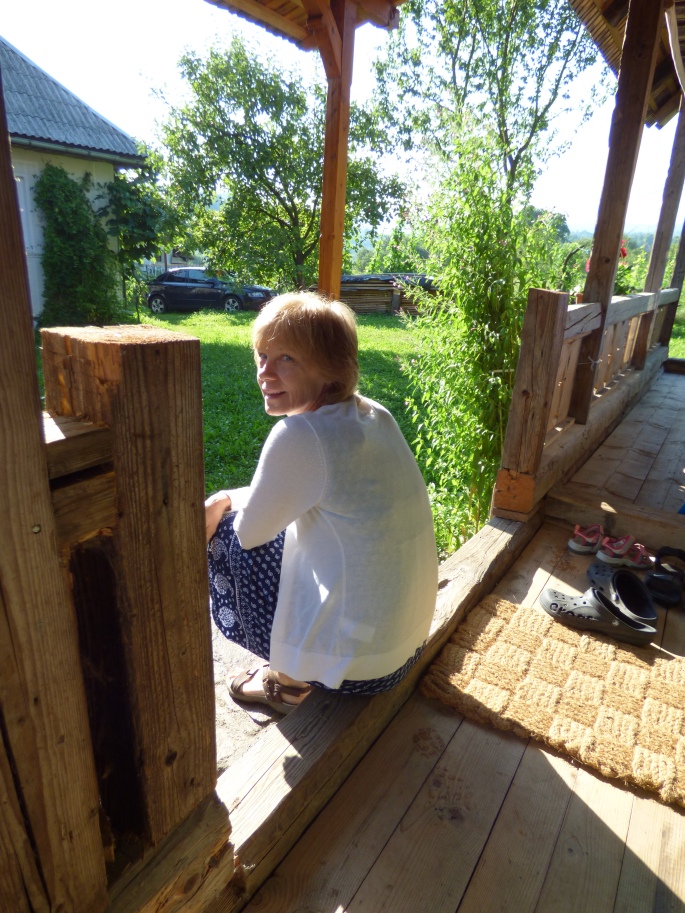 The following morning, we ate breakfast all together at the same table.  This time, we had toast with homemade butter and jam, pancakes (stuffed with brinza, a homemade cow’s cheese, and plain), tea, coffee, and vegetables.  Our hosts offered us horinca once again, but we all declined.  Following breakfast, we packed up and headed on our way.

Our drive from Breb to Suceava, our next destination, was a long one.  We wanted to do one of the mountain passes and had chosen to do the Prislop Pass.  We were unaware, however, that there was construction on the road the entire duration of the Prislop Pass.  This meant that every 400 meters or so, the road would turn from two narrow lanes with a drop off on one side to just one narrow lane.  The pass, while gorgeous, took a very long time to get through and was a bit harrowing due to the road work.  We had hoped to make it to see the painted monasteries around Suceava, but we got in too late to see any.  This was definitely disappointing and we also felt like we lost an entire day of our trip just travelling.

We stayed in Suceava for the night, then began our return to Moldova early the following morning.  Thankfully, it wasn’t too long of a trip, though we did have a bit of a hassle getting through at the border.  In the end, though, we made it back to Moldova safe and sound, which is what is important.

Notes and tips about visiting Breb:

Join 263 other followers
Follow The Oke Den on WordPress.com