I am by no means a professional cook or baker (although I have worked in those capacities, I’m not an expert), but I’d say I’m a pretty decent cook and baker.  And breakfast foods are definitely my forte.  A few years ago, my brother started a list of 1,000 things to know on his blog.  I’ve contributed to that list a few times.  Something that has surprised me at college is that so few students know how to make what I would consider basic meals.  So, while I realize many people probably don’t need a French toast tutorial, this is for those college students (and others) that want a good, homemade breakfast of French toast.

Step 1: Crack an egg into a shallow, wide bowl. 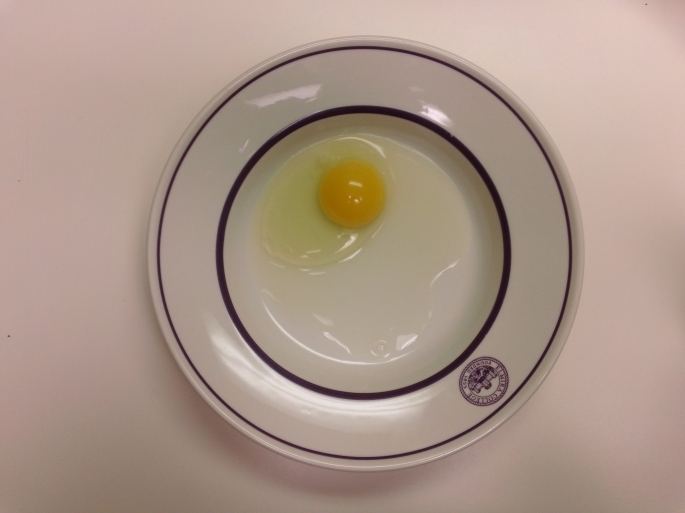 Step 2: Beat the egg using a whisk or fork (I prefer to use a fork). 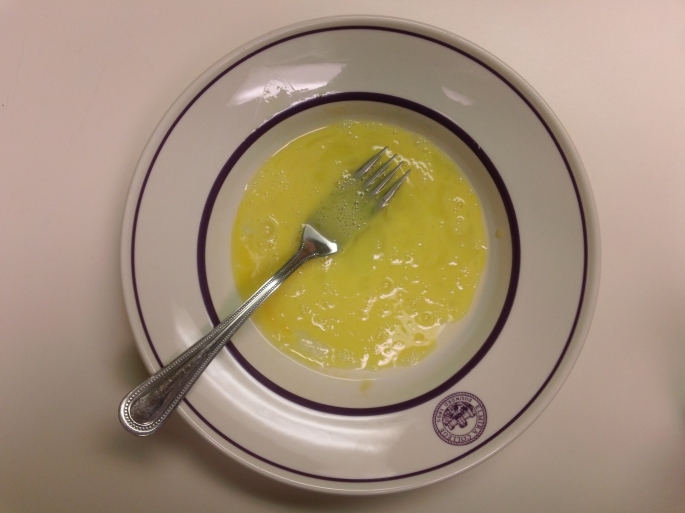 Step 3: Add milk (any kind works) to the beaten egg.  The amount doesn’t have to be exact, but you want to add enough so that there is more milk than egg and the mixture is only slightly yellow once mixed.  Mix the egg and milk together using a fork (or the whisk). 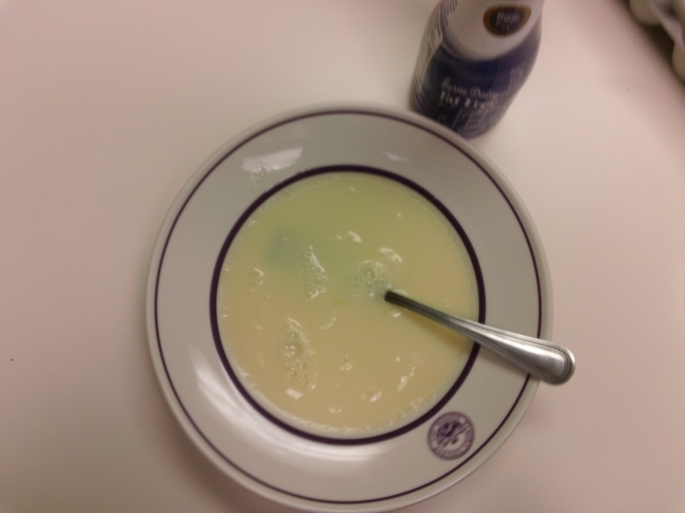 Step 4: Sprinkle cinnamon on top of the egg and milk mixture.  Again, the amount doesn’t have to be exact but you should have about as much as the second photo below. 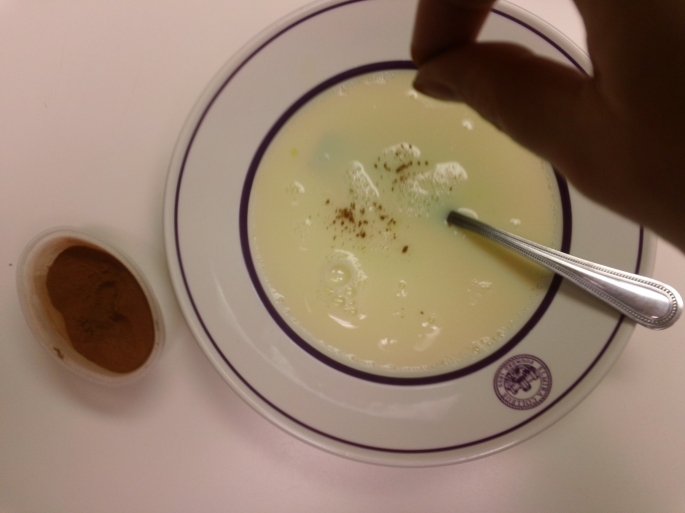 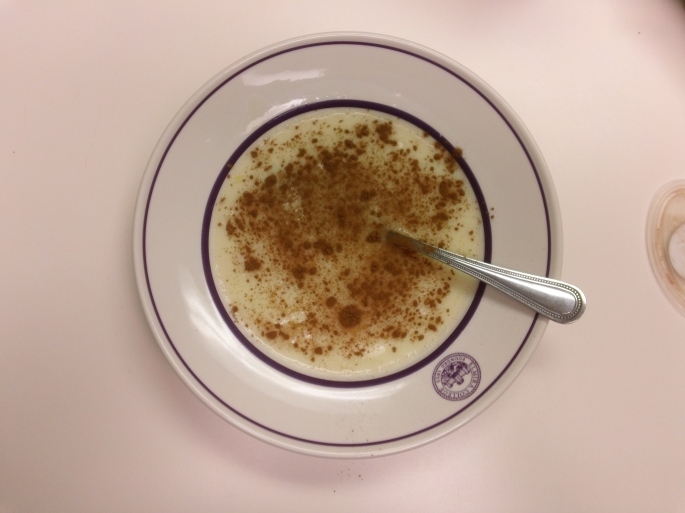 Step 5: Mix in the cinnamon using a fork or whisk.  The cinnamon doesn’t like to mix in very well, so you’ll want to keep giving it a quick stir in order to keep it mixed consistently.

Step 6: Dip a slice of bread (very quickly) in the mixture, first one side, then the other.  You’ll want to use both hands and the bread should be horizontal.  You want all of the bread to be covered, but you don’t want the mixture to soak in too much or you’ll have soggy French toast. 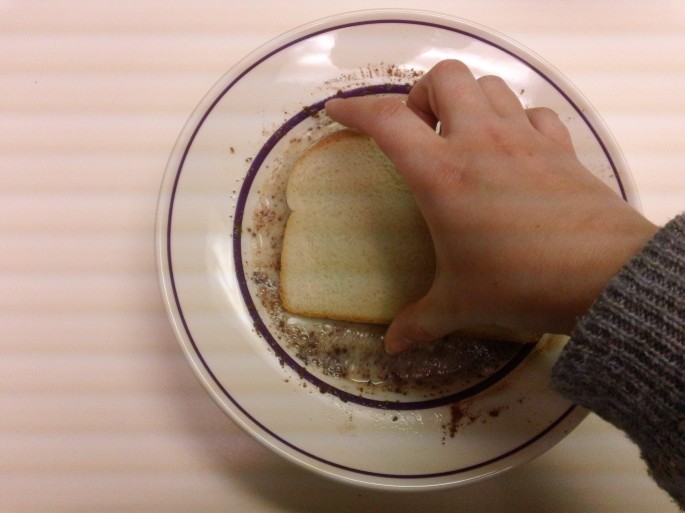 Step 7: Before dipping the bread in the mixture, you want to start heating up a pan on the stove (a griddle will work well too- it should be about the same temperature as you would use to cook pancakes).  If cooking on the stove, you want the temperature to be on medium and you want the pan to be pretty hot before you place the bread on it.  Right before you dip the bread, spray the pan.  Place the soaked bread on the sprayed pan.  I find that doing one slice at a time works best, especially if the pan isn’t very big.  Once the first side is golden brown, flip the slice so the other side is also cooked.  Once that side is golden brown and not soggy anymore, your French toast is done! 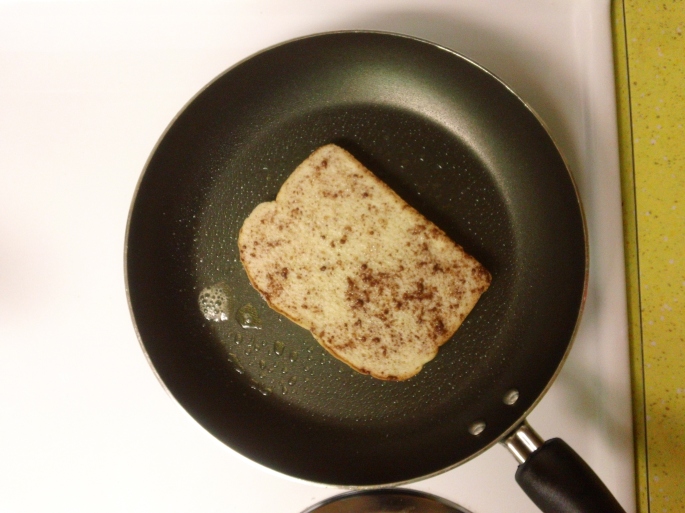 Step 8: Place your French toast on a plate and enjoy!  I prefer to eat my French toast with butter and maple syrup, but I know others who like to sprinkle on powdered sugar.  This part is really whatever you prefer! 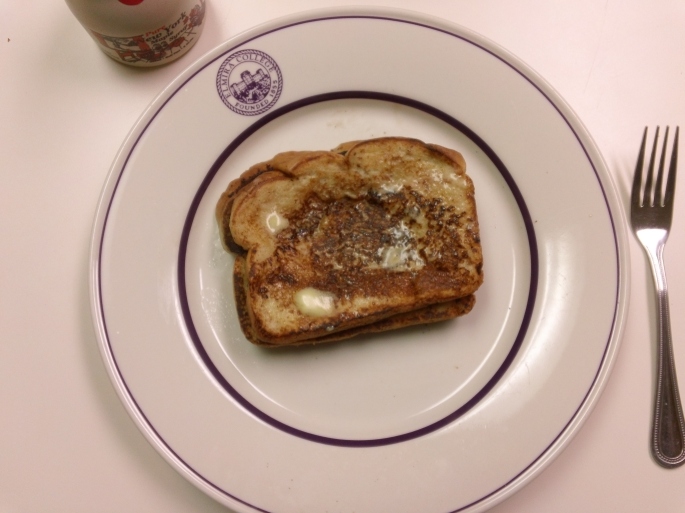 Some other notes to consider:

What other breakfast foods do you love to eat?  My favorites include pancakes, waffles, oatmeal, cream of wheat, and eggs.