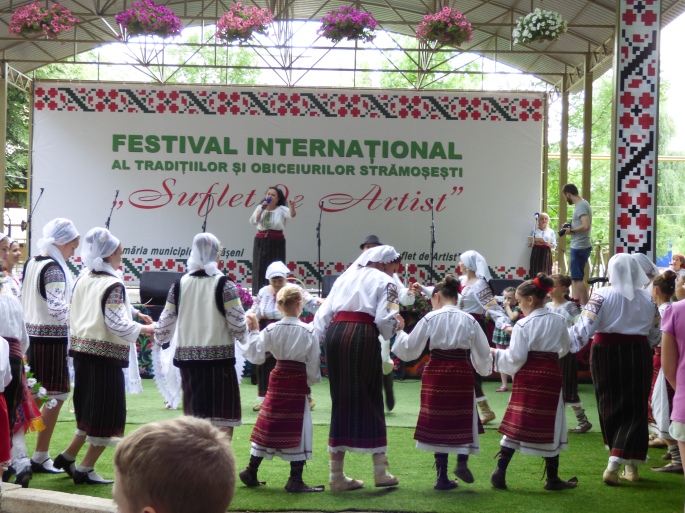 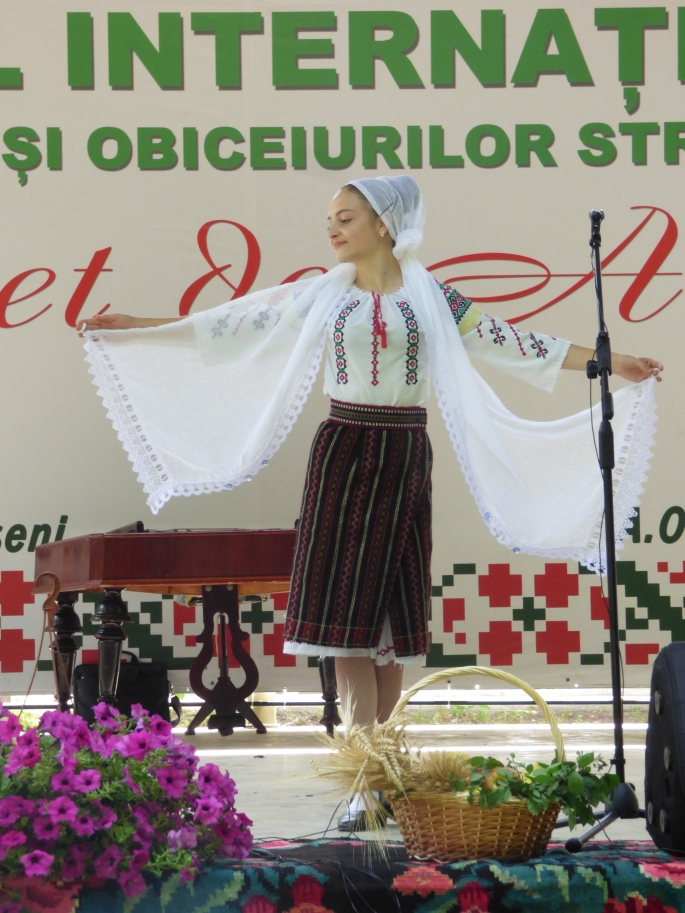 On the last day of school, the founders and teachers at the music and dance school in our village casually mentioned they had a couple of spots left on the bus for that weekend if anyone was interested in going with the group to an international festival. Knowing that it was likely the last time I’d be able to watch many of my students, who are part of the dance ensemble, perform, I jumped at the chance! 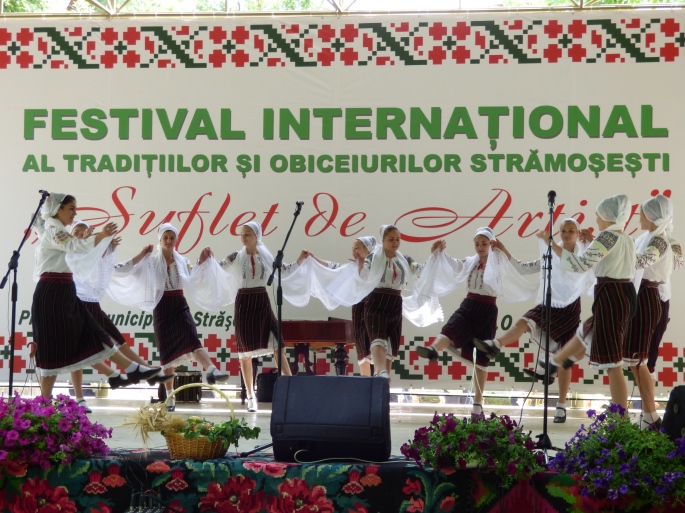 I’ve written about my village’s dance and music ensemble, Ansamblul Vatra Satului, before. There are actually three levels of students at the school: the “little” group, the “middle” group, and the “big” group. For this festival, the “little” and “big” group performed. The students are in 2nd grade through 10th grade, and one of my favorite things in Moldova has been getting to see them perform! 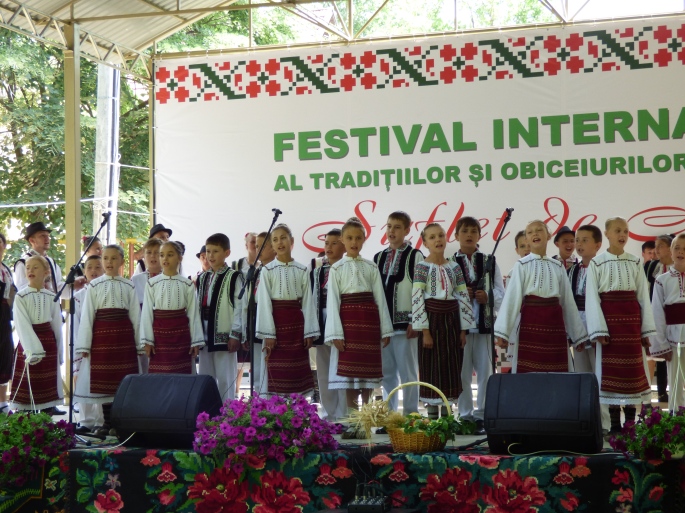 The festival was held in a small park under the shade of trees. There were many groups that performed, mostly from Moldova but a few groups came from other countries as well. There was dancing, singing, instrument performances, and even some skits. We didn’t stay until the end, but I got to watch several groups before my students went on stage. They performed for about 15 to 20 minutes and did a really great job! 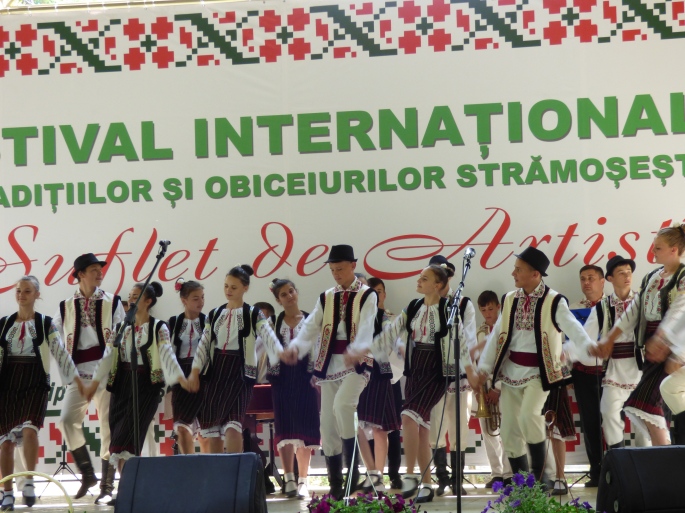 After our group performed, the kids had about an hour to play, walk around the park, and get some food and ice cream to eat at the various vendors. I joined the founders of the school (colleagues of mine at school- she is a primary school teacher, he teaches music), a married couple in their 40s and two of their music accompanists for some barbecued meat and beverages. It was a beautiful day and it was nice to relax outside! 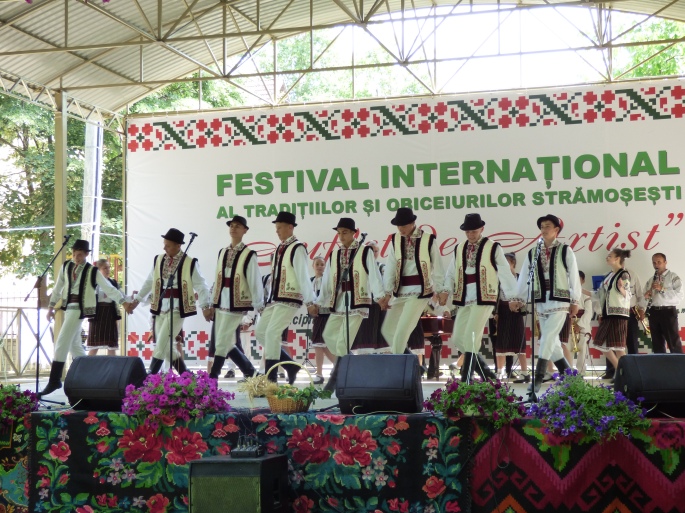 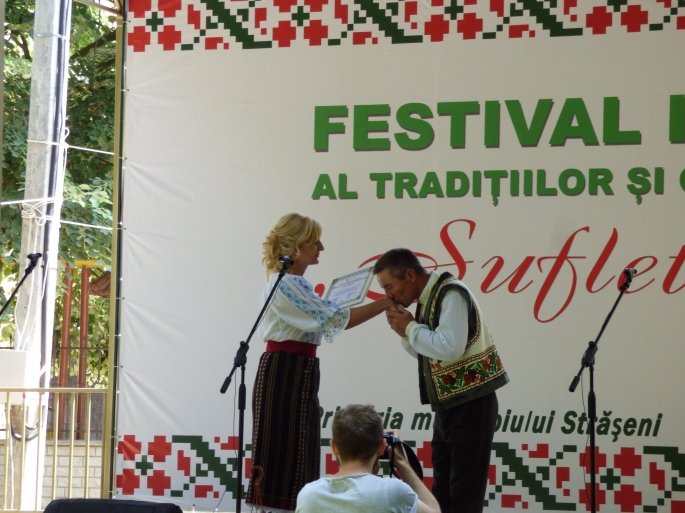 I will miss Moldovan dance when I return to the USA. I’m not sure if I’ll get to dance the “hora” (Moldova’s traditional dance) again before I leave, but maybe I’ll have to attempt to teach some Americans back home how to do my village’s version! The video below is the only video I got- this is the dance the group ends every performance with. The conductor of the ensemble yells out “like us in Festelita!” and then they do this quick dance.