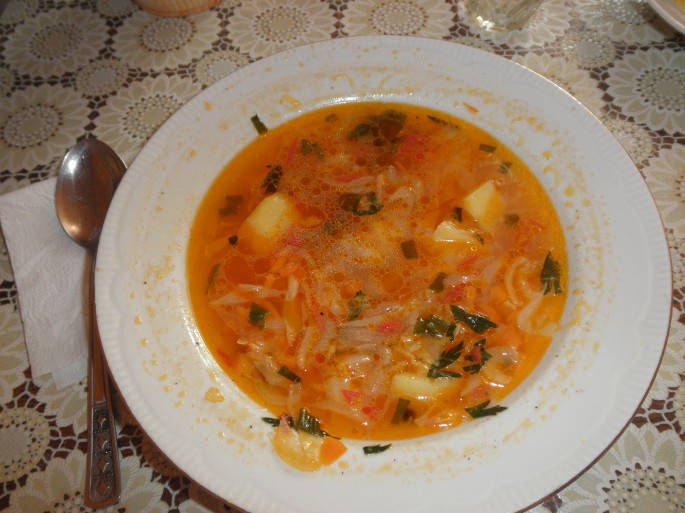 Borscht: I used to think that borscht was a beet-based soup, and although that can be true and is what Americans generally consider it to be, there are many variations.  I have had the traditional, beet-based borscht once, and it was actually not too bad, but it seems that a cabbage-based borscht is more common.  Since moving to my permanent site, I have had cabbage borscht almost every single day, generally for lunch.  It seems to be mostly made up of cabbage, broth (which is red, so I think it is made using tomato juice), and potatoes, and not a whole lot else.  It’s actually pretty tasty, although after eating it every day for over a month, I’m not sure I like it as much as I originally did!