*I am now home and able to catch up on my posts about my 3-week study abroad in Peru, so this post is going back almost three weeks to April 18th.

We were supposed to depart from Cusco at 3:30 AM to rejoin the rest of our group at Ollantaytambo, but the bus driver called to say there were problems with the bus, so we waited an hour until the man who planned the trip was able to drive us to Ollantaytambo.  It was a “fun” ride since we had to get there quickly and the roads were extremely windy (meaning we both got a bit carsick).  We were supposed to meet the other group in time to join them for breakfast, but we were rather late, so we only had granola bars for breakfast (which probably was way less than we should have eaten before a pretty long and somewhat difficult hike).  We met them, then headed to the train station to board the train that takes people up to Aguas Calientes.  We, however, got off after a short amount of time at the 104 kilometer mark to start the Inca Trail trek.  The trek from here to Machu Picchu was a bit difficult, especially after two days of being sick.  The first 2 1/2 hours were completely uphill, but after that, things evened out a bit.  We stopped briefly for a snack near a waterfall, and also at Winaywayna, an Inca city and site.  At one point, I had a lot of trouble breathing (it has been decided that high altitudes and I don’t mix well), but managed to recover and finish the trek.  At the very end, right before the Sun Gate of Machu Picchu is a very steep set of stairs that is referred to as the “Gringo (white people) Killer”, but it wasn’t quite as bad as our guide had made it sound. 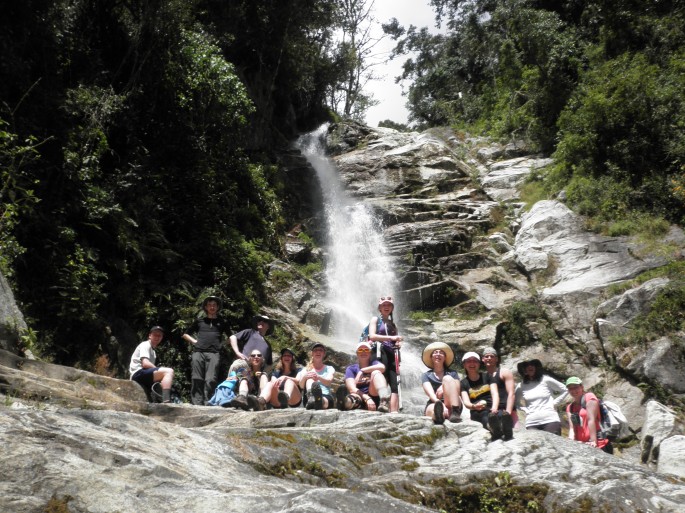 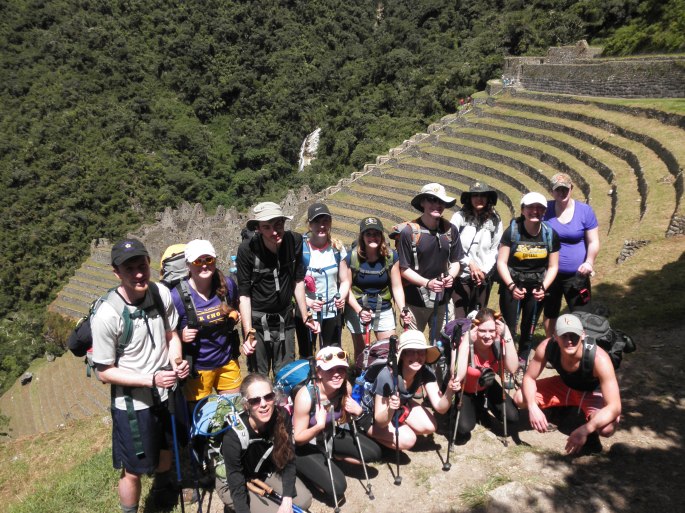 After a bit more of the trail, we came out at the Sun Gate of Machu Picchu, where there are magnificent views of the city below.  I am so glad I was able to do this part of the trek.  The struggle was definitely worth the reward.  We took some pictures, then descended to closer to the actual city, where we took more photos.  We weren’t able to enter Machu Picchu that day, so we then boarded a bus to Aguas Calientes, where really nice showers and beds awaited us. 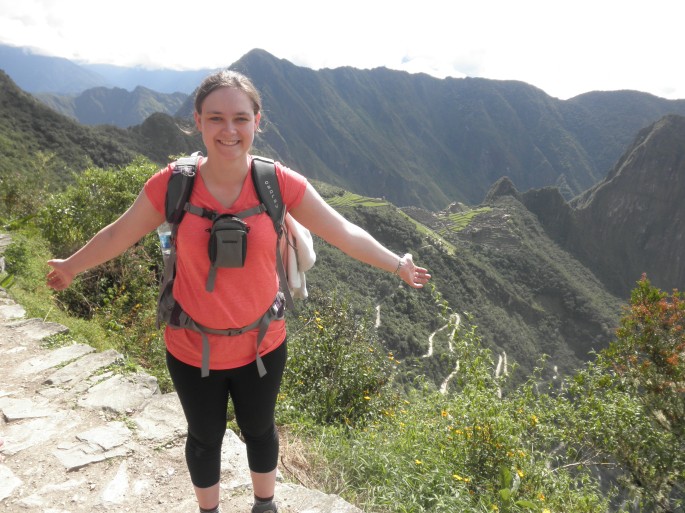 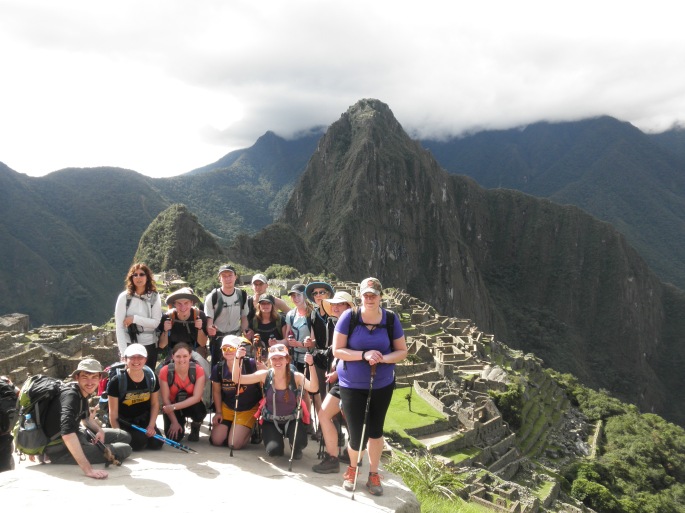 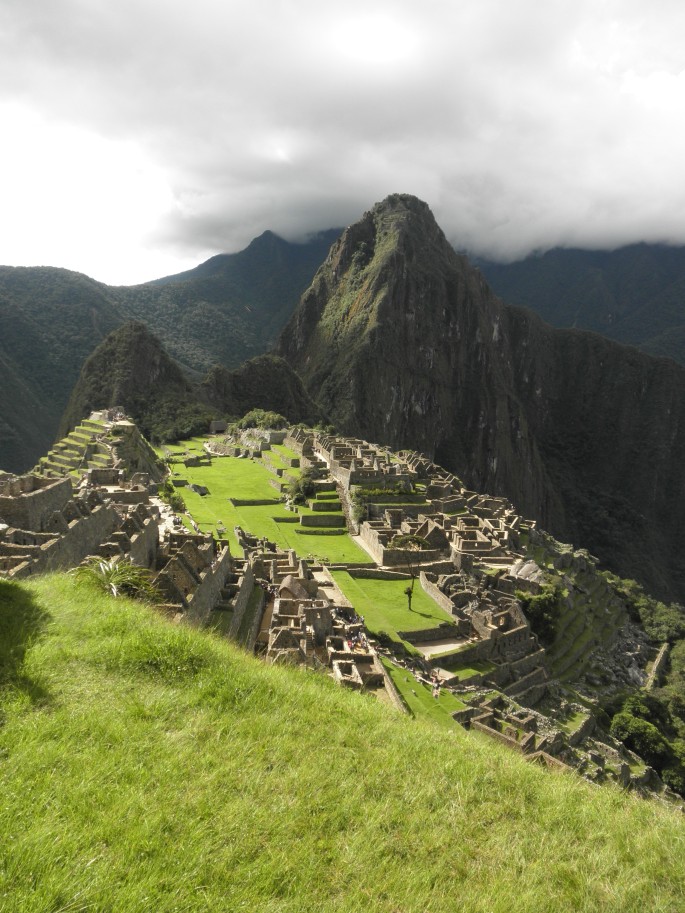 After showers and some rest, our group went out to dinner at a nice restaurant and we returned to the hotel for a couple rounds of Strategy, a card game the rest of the group learned while hiking the Lares Trail.  It was then bedtime, as we were getting up a tad early to see the sunrise in Machu Picchu the following morning.