**I am back home now, so over the course of the next several days I will be catching you up on my trip- I never realized this post wasn’t published (oops!), so I wanted to note that this is about April 15th, not yesterday.  The rest of the posts will likely be a bit shorter, but then again, I have lots of photos, so you never know. Enjoy!

Our third day in Peru was yet another busy day.  We started off the day with breakfast at the house (pancakes- they even had maple syrup!), then headed by bus to the Sacred Valley.  Our first stop was in Chinchero, a town and Inca site.  Here, we viewed some ruins that were, for the most part, not destroyed by the Spaniards.  Instead, the Spanish just built upon the Inca structures.  There is a very famous Spanish church here that is built on to Inca ruins.  According to our guide, Daniel, this is a very popular place for weddings and such.  I can see why- the site is gorgeous.  There were a number of terraces, which the Incas used to grow crops. 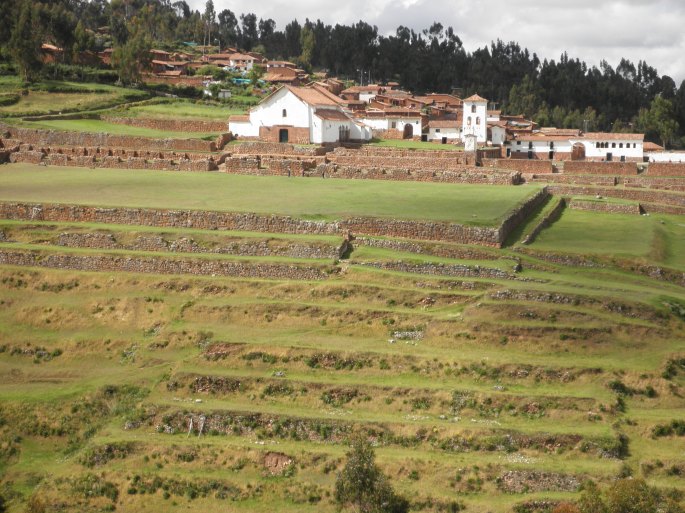 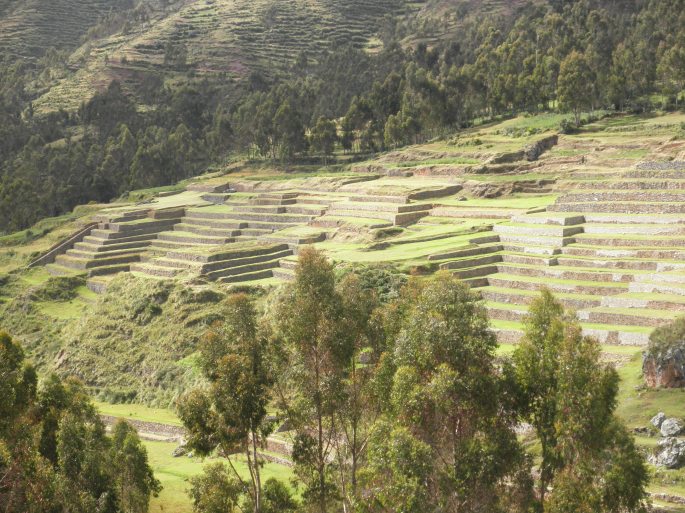 Also in Chinchero, we went to a house where several different families create and sell their textile handiwork.  One of the women did a demonstration for us, showing us how they make their dyes and prepare the wool for yarn.  They use dyes made from natural sources, mostly plants, but also some animals, such as the blood from certain bugs.  They create a shampoo from a certain type of root, so even that part of the process is natural.  After the demonstration, several of us bought some of the things they have made.  They then allowed us to wear their hats and shawls and take some pictures.

We then headed on to Ollantaytambo, which was about an hour drive.  This was a very important Inca site and, unlike Machu Picchu, a lot is known about the history of the town.  It is also an Inca town that the Spanish mostly left untouched.  There is also a modern town there.  Daniel, our guide, described how the Incas created terraces and how they used these terraces to grow a wide variety of produce.  They would experiment by first planting things on the first terrace and then gradually move them upward, allowing them to grow things at a much higher altitude than normal.  We walked up the steps to the top of the terraces (up 230 feet!), where there were several buildings.  It was a bit of a difficult climb.  The buildings at the top were temples and religious buildings.  Across the valley, we could see the granaries where the Incas stored their food.  The granaries were located in a place that got little sun, allowing the food to stay cool throughout the year.  Down below, the remnants of the Inca village remain.  The village mostly functioned as a place for travelers to Cusco to stay on their journey, and it was also a place where royalty lived.  The town was divided into two sections: one for the royalty and priests and one for the regular people.  We walked across a path and descended a second set of terraces.  At the bottom, there was a temple of water, with two fountains: one for girls and one for boys.  It was a really gorgeous site. 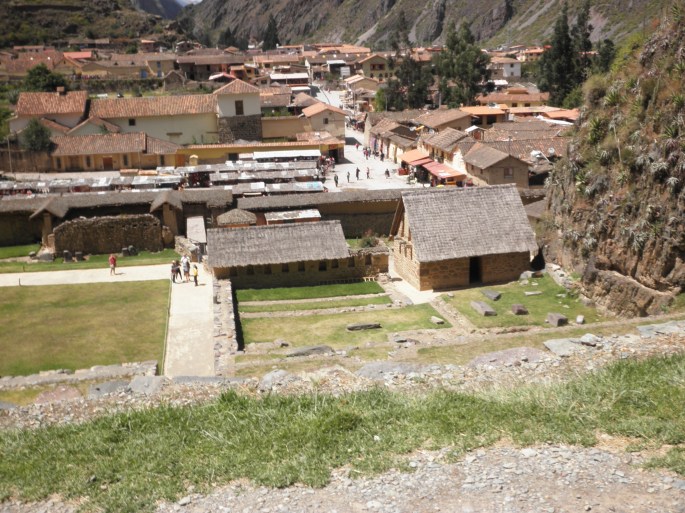 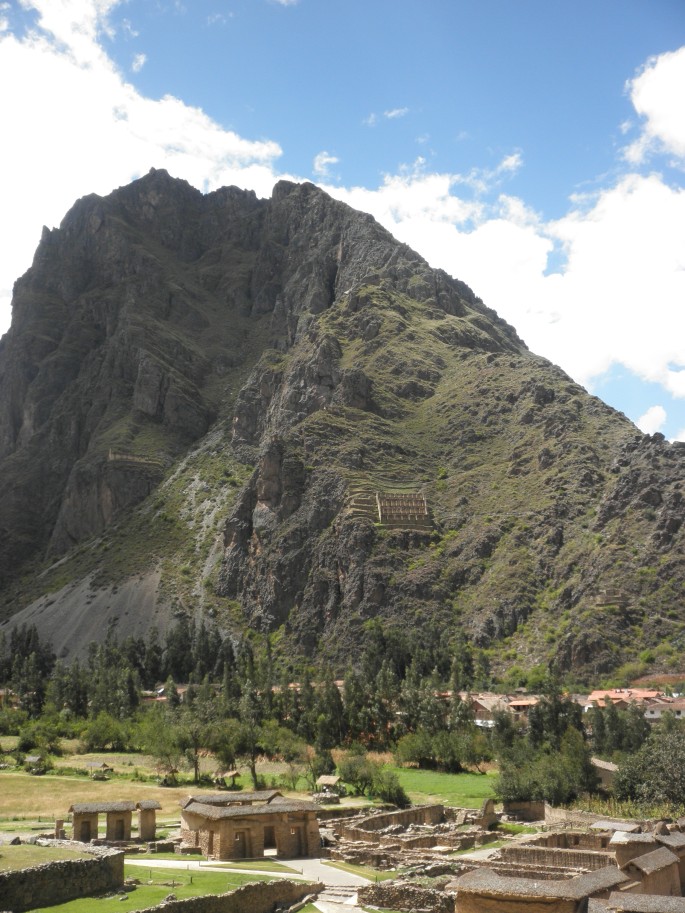 From there, we went back to Urubamba to eat lunch at a restaurant called Hacienda Alhambra.  It was a very nice place, with outdoor seating and several animals, including llamas and alpacas that you could take pictures with.  It was like a mini oasis.  The lunch was wonderful.

We then had another hour-long bus drive (during which we all had a siesta) to Pisac, another Inca site that has a modern town as well.  We climbed the ruins (lots and lots of steep stairs), and our guide further explained the Inca agricultural practices.  This site was a rest stop for Incas travelling to the jungle and also housed several tombs for kings and other important Incas.  The tombs are still there, but most are empty due to the Spanish and looters.  We then headed back into the modern city of Pisac, where there is a large open market.  We all bought some souvenirs there (I get a small statue of a turtle every place I travel, and was finally able to find one here- apparently they aren’t very common in the Cusco/Sacred Valley area). 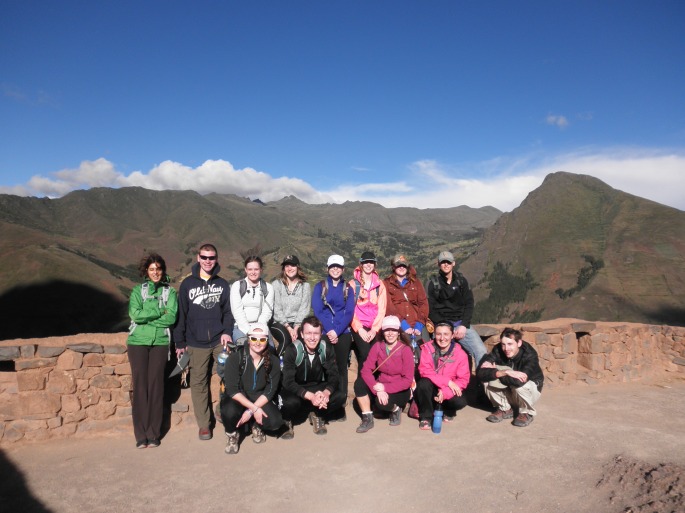 We headed back to Cusco, ate dinner at Pucara, then returned to our rooms to pack for the 3-day trek through the Andes.